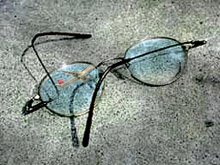 Some time ago, I came across the story of a Minnesota bicyclist who was tazed by airport police while riding home from the Minnesota airport after a recent trip. By all accounts the bicycle rider, Stephan Orsak, was in compliance with all pertinent airport regulations and Minnesota law at the time he was stopped by airport police.

During the encounter, the police were rude, hostile and gave conflicting orders to Mr. Orsak regarding his perfectly legal bike riding activities. When Mr. Orsak questioned the police regarding their behavior and confusing orders, the police became more belligerent and ultimately tazed Mr. Orsak and stomped on his glasses.

After the encounter, the police charged Mr. Orsak with multiple criminal misdeamenors to cover up their own egregious behaviour. They also posted no bike riding signs after the fact in strategic locations and erased footage from airport surveillance cameras that could have been used as evidence to exonerate Mr. Orsak of the charges levied against him.

Mr. Orsak has documented the incident, including legal documentation associated with his case on his blog.

Tomorrow, Mr. Orsak is scheduled to appear in court where several motions will be heard and jury selection for the trial will begin.

I encourage those who are interested in this case to checkout Mr. Orsak’s blog and lend him your support if you feel it’s justified.

On July 5th, the Arizona Daily Star reported that CBP, Customs and Border Protection – an agency of the Department of Homeland Security, has chosen a location for an interim permanent roadblock in Southern Arizona (see article below). This roadblock, to be located near kilometer post 50 on Interstate 19 just North of Arivaca, will be the first of its kind to sully Arizona’s highways in the State’s history.

END_OF_DOCUMENT_TOKEN_TO_BE_REPLACED 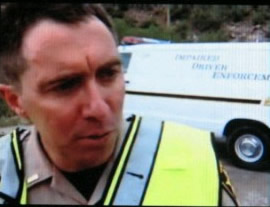 The Pima County Sheriff’s Department will be helping us remember what Independence Day is all about by improving on the historical excesses of the writ of assistance as used against the colonists prior to the revolutionary war.

The Sheriff’s Department will be conducting sobriety roadblocks on July 4th and 6th of this year while augmenting roadblocks with saturation patrols throughout the upcoming weekend. The department will be conducting these roadblocks absent any reasonable suspicion, general warrant or writ of assistance – hence the ‘improvement’ over the old British system where agents of the state were burdened with carrying a piece of paper authorizing their excesses.

END_OF_DOCUMENT_TOKEN_TO_BE_REPLACED 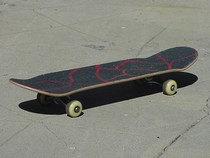 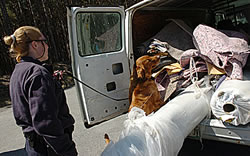 It appears that illegal multi-jurisdictional dragnet roadblocks are no longer just a phenomena of Southwestern Arizona. These intrusive suspicionless enforcement operations continue to proliferate in communities across America at an alarming rate. Worse yet, many are being paid for in full by so-called ‘Homeland Security’ grants designed more to commandeer local law enforcement for federal purposes than safeguard local communities.
END_OF_DOCUMENT_TOKEN_TO_BE_REPLACED

In follow-up to my May 19th post, it appears the city council in Boulder City, Nevada is reviewing the police department’s checkpoint guidelines and policy regarding the use of checkpoints to conduct child safety seat inspections. Unlike other child safety seat programs conducted around the country, the Boulder City Police decided to make their checkpoint program mandatory and physically enter stopped vehicles absent reasonable suspicion or a warrant in order to inspect child safety seats without a parent’s consent.
END_OF_DOCUMENT_TOKEN_TO_BE_REPLACED 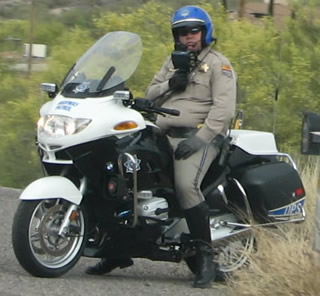 As part of my ongoing, “Who Watches the Watchers” series, I’ve finished posting May ’07 police state photos from Southern Arizona’s State Route 86 (SR86).

END_OF_DOCUMENT_TOKEN_TO_BE_REPLACED

A little over a year ago, I was contacted by Matt Ragan of Boulder City, Nevada regarding a suspicionless checkpoint regime being operated in the city by local police. Matt was concerned about the civil rights implications of the roadblocks along with their general intrusiveness on the traveling public. Publicly, the police claimed the purpose of the bi-annual checkpoint was to educate parents regarding the proper installation of child safety seats. A little digging by Matt however revealed a slightly different story
END_OF_DOCUMENT_TOKEN_TO_BE_REPLACED

Read on for further discussion regarding Mr. Frank’s motion.
END_OF_DOCUMENT_TOKEN_TO_BE_REPLACED 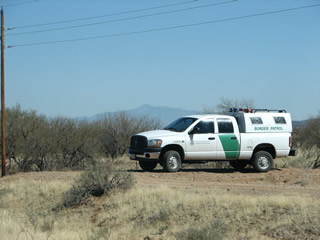