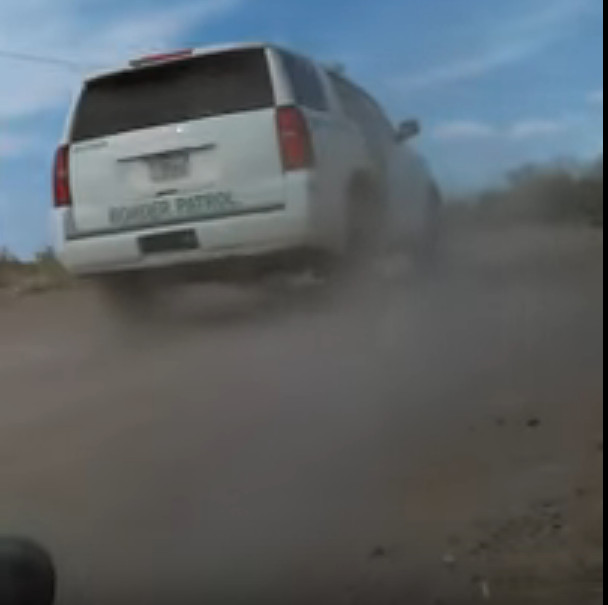 I was (naively) hoping that between the Tohono O’odham Police Dept., the FBI, the U.S. Attorney’s Office  and Customs and Border Protection all ‘investigating’ the incident, the public would quickly be notified that the menace to society who so callously drove his agency-issued SUV (#M87864) into a human being and drove off without rendering assistance or even stopping, had been identified, removed from his job, arrested for aggravated assault and would be prosecuted for his crimes against the public in general and Remes in particular.

Unfortunately, well over a year later I’ve yet to come across any press release from the ‘investigating’ agencies or followup articles from the dozen or so major news organizations that initially covered the incident. As such, I can only speculate that either the agent who illegally assaulted Paulo Remes with a CBP patrol vehicle in June of 2018 gave multiple law enforcement agency’s the slip and is still at large and a danger to society or, these law enforcement agencies swept the incident under the rug hoping the public would quickly forget about it while leaving the offending agent still at large and a danger to society.

This of course is not the first time a Border Patrol agent has intentionally struck a human being with his/her federally-issued patrol vehicle. Indeed, perhaps because it was/is becoming commonplace the federal government decided it needed to create the perception it was trying to do something about it when an investigation into U.S. Border Patrol Agent Matthew Bowen was opened in 2018.

Bowen intentionally ran a fleeing Guatemalan immigrant down with his vehicle in December 2017 and then lied about it on official documentation. This after the Border Patrol had all but ignored at least five other reports of excessive force against Bowen from previous incidents – several of which had been reported by other agents much to their credit. Bowen was also found to have referred to immigrants as ‘subhuman’ and ‘savages’ on several occasions leading up to the aggravated assault against Lopez with an agency-issued vehicle in 2017.

Earlier this year, federal prosecutors reached a deal with Bowen in which he would plead guilty to a misdemeanor and resign from the service in exchange for the feds dropping other charges, facing no more than a year in jail and possible monetary fines.

Bowen is scheduled to be sentenced in federal court later this year while the agent who intentionally struck Paulo Remes remains unnamed, at large and likely still on the federal payroll. One can only wonder what the response of agencies like the TOPD, FBI, U.S. Attorney’s Office and CBP would have been if the person intentionally struck by a vehicle was a Border Patrol agent and the person doing the striking wasn’t. Most likely the ‘investigation’ would have been much more vigorous and public.