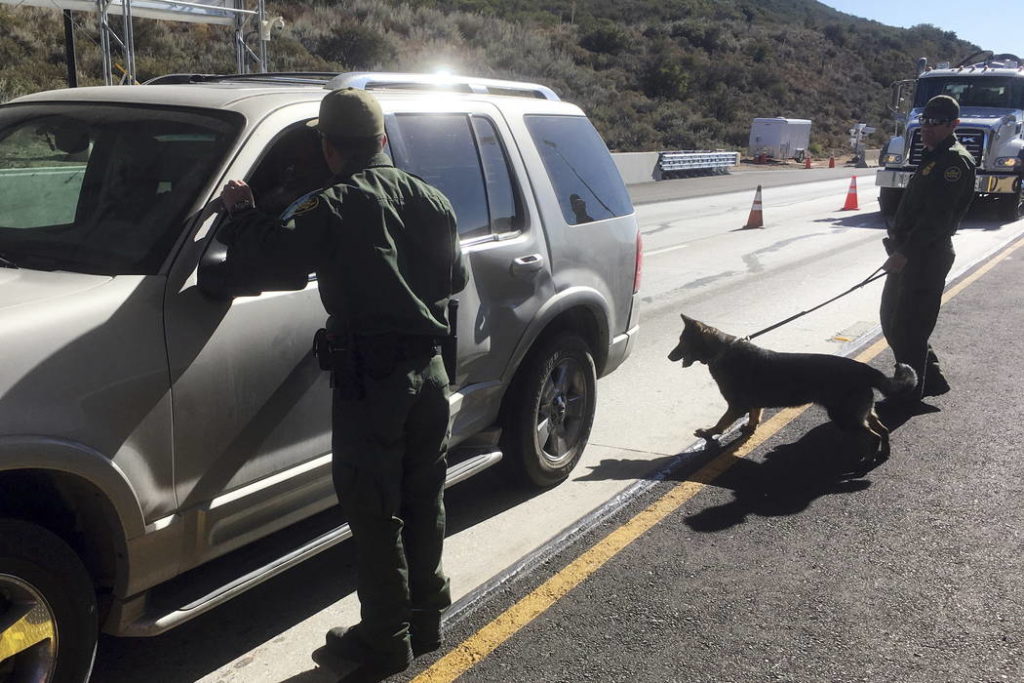 During the drug interdiction operations, Border Patrol agents utilized three drug-sniffing dogs to sniff-search vehicles entering the roadblock absent any reasonable suspicion of wrongdoing. If a dog handler claimed his/her drug dog alerted to a vehicle, it was diverted to secondary inspection where occupants were ordered out of their vehicle so that it could be searched.

Despite false alerts during roadblock operations, over 44 individuals were ultimately arrested and charged with possession of small amounts of mostly marijuana by Woodstock Police Officers at the behest of their handlers in the U.S. Border Patrol.

Given the obvious illegal collaboration between the federal agents and local police, eighteen of the individuals arrested opted to fight the charges in court with the assistance of the ACLU. On May, 1, 2018, the judge hearing the case ruled in favor of the defendants and dismissed all charges. The court further ruled that the operation of the roadblock not only violated the New Hampshire Constitution but also the 4th Amendment.

A copy of that ruling is available below and the ACLU’s webpage associated with the case, which includes additional legal documentation, is available here:

For those who have lived in the Southwest for any length of time, the collusion brought to light between the U.S. Border Patrol and local law enforcement in the New Hampshire case highlighted above comes as no surprise:

Indeed, the collusion that has been taking place in the Southwest through federal grant programs like Operation Stonegarden for years is far more advanced than what took place near Woodstock, New Hampshire last year.

Given the judicial decision in the New Hampshire case, my recently filed lawsuit against the U.S. Border Patrol and Pima County Sheriff’s Dept. is looking more timely all the time….