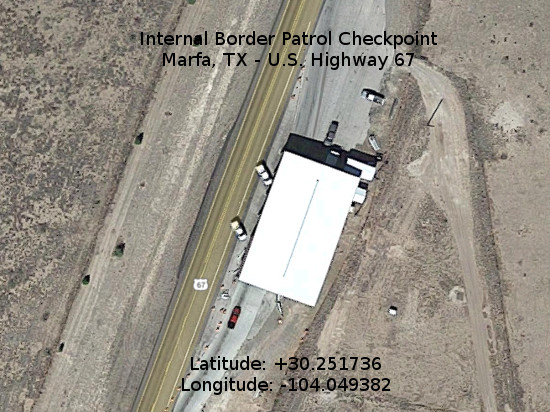 I started writing this blog entry, regarding a disabled school teacher dragged out of her vehicle and forced to the ground at a Marfa, TX checkpoint in 2015, shortly after first hearing about it. Unfortunately, I let the story get away from me by sitting on it for too long as I tried doing research on several related issues and waiting for more information regarding the incident to come to light. To be frank, I forgot about it after a while and didn’t come across it again until just recently while dusting off the website & prepping for new content. Despite the age of the incident however, I think it’s an important story to highlight because it shows several things that are so very wrong with interior suspicionless roadblocks in America.

In this particular story, Customs & Border Protection agents illegally detained, physically assaulted and searched a disabled school teacher in Marfa, TX after falsely claiming that a drug dog alerted to illegal narcotics in her vehicle. 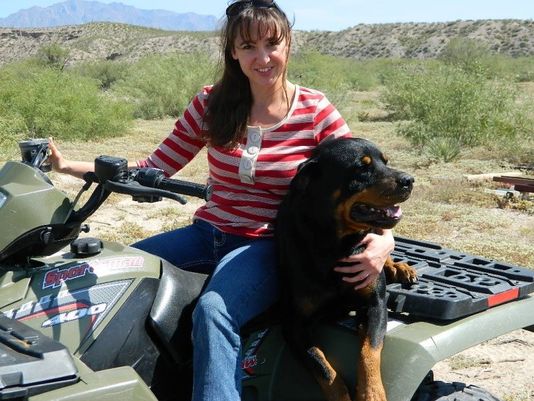 Multiple searches of her vehicle turned up nothing illegal however. What did turn up were perfectly legal prescription painkillers. Painkillers that had been lawfully prescribed to the school teacher to help her deal with chronic pain associated with injuries sustained from a recent car accident:

After being wrestled out of the vehicle, searched and held again, she said the agents told her their dog had “alerted” to a bottle of prescription painkillers. – Border Patrol Tactics In Question

In admitting that their dog had alerted to prescription painkillers instead of illegal narcotics, they made it abundantly clear why the use of dogs at suspicionless interior roadblocks in this capacity is essentially illegal. You see SCOTUS has specifically ruled that drug interdiction roadblocks and general law enforcement roadblocks are illegal. The court has also ruled that certain types of immigration roadblocks can be lawful however, if they are limited in scope, minimally intrusive, setup along nexus points for border traffic within a reasonable distance of the border and that any further detention or searching after the initial immigration-related questions is based on consent or probable cause (see U.S. V Martinez-Fuerte).

What’s even more important than this however is how the court has ruled on sniffs and alerts from drug-sniffing dogs. Specifically, SCOTUS has indicated that normally a dog sniff isn’t considered a search because the ONLY thing a drug dog sniff will reveal is illegal contraband. Since nobody has a legitimate privacy interest in illegal contraband according to the court, a dog sniff can be conducted absent consent or probable cause during a traffic stop as long as no additional time is added to the detention due to the use of the dog.

Since CBP agents are now admitting that their dogs cannot differentiate between perfectly legal prescription painkillers in which individuals most certainly do have a privacy interest in and illegal narcotics, the dog sniff can no longer be considered a de-minimis intrusion that doesn’t require consent or probable cause:

Official conduct that does not “compromise any legitimate interest in privacy” is not a search subject to the Fourth Amendment. Jacobsen, 466 U. S., at 123. We have held that any interest in possessing contraband cannot be deemed “legitimate,” and thus, governmental conduct that only reveals the possession of contraband “compromises no legitimate privacy interest.” Ibid. This is because the expectation “that certain facts will not come to the attention of the authorities” is not the same as an interest in “privacy that society is prepared to consider reasonable.” Id., at 122 (punctuation omitted). In United States v. Place, 462 U. S. 696 (1983), we treated a canine sniff by a well-trained narcotics-detection dog as “sui generis” because it “discloses only the presence or absence of narcotics, a contraband item.” Id., at 707; see also Indianapolis v. Edmond, 531 U. S. 32, 40 (2000). Respondent likewise concedes that “drug sniffs are designed, and if properly conducted are generally likely, to reveal only the presence of contraband.” Brief for Respondent 17. Although respondent argues that the error rates, particularly the existence of false positives, call into question the premise that drug-detection dogs alert only to contraband, the record contains no evidence or findings that support his argument. Moreover, respondent does not suggest that an erroneous alert, in and of itself, reveals any legitimate private information, and, in this case, the trial judge found that the dog sniff was sufficiently reliable to establish probable cause to conduct a full-blown search of the trunk.

Accordingly, the use of a well-trained narcotics-detection dog—one that “does not expose noncontraband items that otherwise would remain hidden from public view,” Place, 462 U. S., at 707—during a lawful traffic stop, generally does not implicate legitimate privacy interests. In this case, the dog sniff was performed on the exterior of respondent’s car while he was lawfully seized for a traffic violation. Any intrusion on respondent’s privacy expectations does not rise to the level of a constitutionally cognizable infringement.  – Illinois v. Caballes

Hundreds of thousands, if not millions, of lawful prescriptions for painkillers are written to patients by licensed medical doctors every year. Customs and Border Protection agents would have you believe its perfectly reasonable for all those individuals to be dragged out of their vehicles at gunpoint at so-called minimally intrusive suspicionless roadblocks inside the country and detained for hours at a time while they tear apart your vehicle based on nothing more than an alleged “alert” from a dog sniff (how exactly do you cross-examine a drug dog in court?) that can’t differentiate between perfectly legal prescriptions and illegal narcotics:

Bill Brooks, spokesman for the Border Patrol’s Big Bend, Texas Sector, responded, “We’re satisfied that our agents operated properly. They were courteous to her; they provided her with the information she needed to file a complaint. There wasn’t anything done by our agents that was out of line.” – Border Patrol Tactics In Question

Keep that in mind the next time you approach a suspicionless checkpoint with your recently filled prescription medicine sitting next to you in your vehicle.

A few additional links regarding this story appear below along with a public service announcement from CBP’s Big Bend Sector leadership that should leave you with a warm and fuzzy feeling all over:

A public message from CPA (Chief Patrol Agent) John Smietana that was on CBP’s Big Bend Sector website at the time of this incident in 2015: