While on vacation and traveling the Southwest in January of this year,  Mark Edge along with his wife and young son gained some valuable insights into what it’s like to live within the occupied territories of the United States of America.  During their travels, they were stopped and seized absent reasonable suspicion no less than four times by armed paramilitary troops operating suspicionless roadblocks with impunity along public highways inside the United States of America.

As can be seen in the video above however, Mark, a radio talk show host for Free Talk Live, didn’t shy away from protecting his rights along with the rights of his family when confronted by these armed and largely clueless goons at an internal suspicionless roadblock located East of El Paso, Texas along I-10: 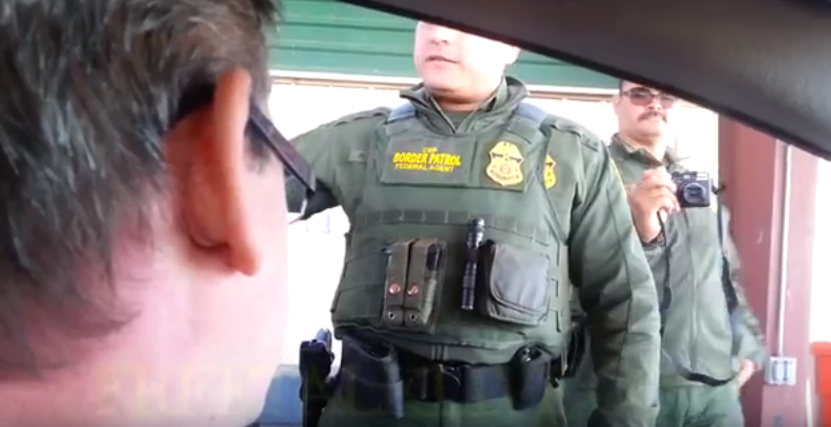 Mark discusses the encounter in greater detail below: