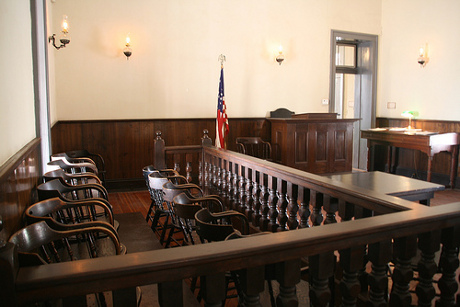 After more than eight long years, hundreds of legal documents later and several court challenges (including a reversal by the 9th circuit court of appeals), Checkpoint USA’s lawsuit is finally being scheduled for trial after being launched in December 2003 against an illegal checkpoint operation conducted in December of 2002.

The last hurdle to trial was overcome on January 23, 2012 when United States Circuit Judge Wallace Tashima (sitting by designation) denied our motion for summary judgment, denied the defendant’s motion for summary judgment with regards to whether or not the checkpoint was conducted as an exercise in general law enforcement and ordered a final pre-trial conference for setting trial dates.

The court orders referred to above are available on this website at:

I encourage folks to not only read the judge’s summary judgment order above but also the original motions for summary judgment from the defendants (TOPD police) and the plaintiff (Checkpoint USA) to get a feel for why it can be so difficult to hold police officers accountable within the judicial system.

Of note in the court order is the granting of summary judgment on one key issue in favor of the defendants. The issue was whether or not the actions of individual officers at the checkpoint were reasonable & their discretion appropriately limited. This is separate and distinct from the question of whether or not the checkpoint itself was conducted for general law enforcement purposes.

Under the current system, in order for a plaintiff to overcome a claim of qualified immunity by a police defendant, the plaintiff must show that the law was ‘clearly established’ and the officers knowingly violated it. In this case, the court effectively ruled there was enough evidence for a claim that the police officers were knowingly violating the law but because ‘case law’ has not established that their actions were clearly illegal, they are entitled to qualified immunity. In other words, a ‘cop’ out for cops.

Regardless of the partial granting of summary judgment in favor of the defendants however, we still go to trial on the most important issue of all. That issue is whether or not the defendants illegally expanded the scope of a lawful sobriety checkpoint into an illegal general law enforcement dragnet operation.

The motions for summary judgment and various responses from both parties giving rise to the court order discussed earlier appear below. Additional exhibits associated with the motions are also available in the lawsuit’s document timeline:

One thought on “Checkpoint USA Is Going To Trial!”