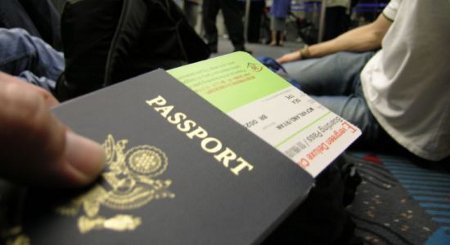 Paul Karl Lukacs is an attorney who travels the world practicing law. In and of itself, this wouldn’t be all that newsworthy for the pages of Roadblock Revelations but Mr. Lukacs is definitely an exception. What makes him an exception is his documented encounters with Customs & Border Protection agents while re-entering the United States from abroad.

During these encounters, Mr. Lukacs practices his right to remain silent. His signature statement in defense of this practice appears to be:

While I haven’t had cause to cross the border myself for several years, Mr. Lukacs is a man after my own heart. Given my frequent encounters with suspicionless CBP checkpoints inside the country, the only modification I would make for myself regarding his quote would be:

What’s of special interest to me regarding Mr. Lukacs encounters is the fact that he quite ably demonstrates an individual’s right to remain silent is still mostly intact at the border despite the large amount of discretion courts have given CBP inspectors operating at the border or its functional equivalent. While U.S. citizens may be required to adequately prove their citizenship as an entry condition, they are under no legal obligation to answer questions not directly related to their citizenship status.

In other words, U.S. citizens have no obligation to explain the purpose of their trip, who they spent time with, where they stayed, how long they stayed, etc. Further, failing to answer such questions can’t be used as a basis to deny U.S. citizens entry to the country or as a factor to conduct anything other than a routine border search in the absence of consent or probable cause.

The pertinence of this issue to Roadblock Revelations should be obvious. If CBP agents can’t legally compel individuals to answer questions (outside a narrow range) at the actual border, they certainly can’t legally compel individuals to answer questions at suspicionless checkpoints removed from the border or its functional equivalent where individuals have no obligation to prove their citizenship (or prove anything for that matter). A fact many Border Patrol agents either choose to ignore or were never taught.

For those interested in how Mr. Lukacs conducts himself at the border along with a good discussion of the legal issues involved and feedback he’s received over the past year regarding his stance, I’ve compiled a list of links in reverse-chronological order below: