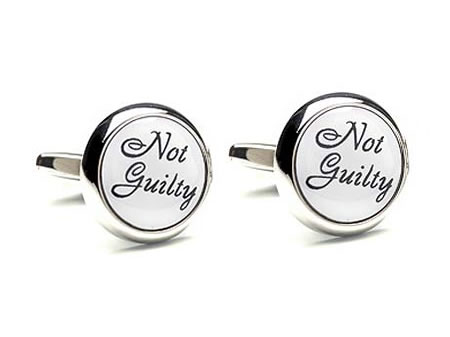 As reported on this blog several months ago, all charges against Steven Anderson were initially dismissed with prejudice in Ajo Justice court in December 2009. The story however did not end there.

During court proceedings in 2009, it became obvious a Border Patrol agent lied to Anderson’s attorney(s) regarding the existence of checkpoint guidelines:

This combination of events led to the judge’s dismissal of the case against Anderson, with prejudice.

One would have thought this would have been the end to the matter. After all, assistant county prosecutor William Katz was for all intents and purposes using county prosecutorial & judicial resources to pursue charges against Anderson on behalf of the United States Border Patrol and one of his key witnesses, Border Patrol agent Ernesto Gomez, had just been impeached for false testimony resulting in subpoenaed documentation being withheld.

Katz didn’t see anything wrong with this however. In fact, Katz saw nothing wrong with prosecuting a man for asserting his rights while being unlawfully detained at a suspicionless federal checkpoint along a state highway.

Katz saw nothing wrong with prosecuting a man who was physically brutalized by armed federal agents & Arizona DPS officers while peacefully exercising those rights:

Katz saw nothing wrong with prosecuting a man based upon an alleged K9 alert that never actually happened according to an Arizona DPS detective familiar with the K9 used at the checkpoint and who testified at the trial.

Katz saw nothing wrong with prosecuting a man based upon false testimony from an Arizona DPS officer who claimed he ordered Anderson to move out of the lane of traffic at least twice even though video footage in Katz’s possession showed no such order & even though Katz knew spike strips had been placed in front of Anderson’s car preventing its movement anyway.

All of these facts came fully to light during Anderson’s jury trial that concluded on Friday August 13, 2010. You see, Yuma County assistant prosecutor Katz didn’t take kindly to the judge dismissing his case in December 2009 so decided to waste even more taxpayer time & money appealing the decision. A higher court reversed the dismissal on dubious grounds resulting in Anderson facing a jury of his peers earlier this month.

Luckily, the jury had more sense than Yuma County assistant prosecutor Katz and saw through the facade. This despite the fact that Katz stacked the jury pool with residents of a small town heavily populated with CBP agents, their family members & supporters. By the end of the day on August 13th, Anderson had been, once again, acquitted on all counts. One of the jurors even shook his hand afterwords while thanking him for standing up for our rights.

A few links related to Anderson’s acquittal appear below:

Of course none of this drama would have taken place if not for assistant prosecutor Katz’s willingness to be the U.S. Border Patrol’s lapdog.

Perhaps Katz chose to prosecute Anderson in order to try and protect the state from the legal repercussions associated with Anderson’s violent assault by DPS Officer’s Jones and Mitchell who responded to the checkpoint per the Border Patrol’s request.

More likely Katz was worried about a possible interruption in the Yuma County gravy train if he didn’t play along with Homeland Security demands. The source of which flows from federal Homeland Security grants and illicit shakedown money collected from unsuspecting travelers caught up in the illegal Border Patrol drug checkpoints routinely conducted in Yuma County.

Regardless of the reason, Katz’s shenanigans during his unsuccessful 16 month prosecution of Anderson show him to be incompetent at best and a menace to society at worse.

While it’s even harder to hold a prosecutor accountable for his actions in a court of law than a federal agent, Yuma County voters should remember who’s responsible for keeping Katz on the public dole during the next Yuma County election cycle. Of course Katz could redeem himself by bringing charges against the responsible Border Patrol agents and Arizona DPS officers for perjury and aggravated assault but we all know that’s not the way it works.

So what’s next for Anderson now that his civil rights have been vindicated for the second time in the past year?

I wish him the best in his suit and look forward to seeing what additional evidence of Border Patrol/DPS misconduct and malfeasance is revealed during the discovery phase of his upcoming civil rights lawsuit.

Additional background information regarding this case, including video footage from Anderson’s December 2009 court appearance, can be found at:

For those of you who’d like additional information regarding police misconduct from around the country, I encourage you to checkout and offer your support to Injustice Everywhere.