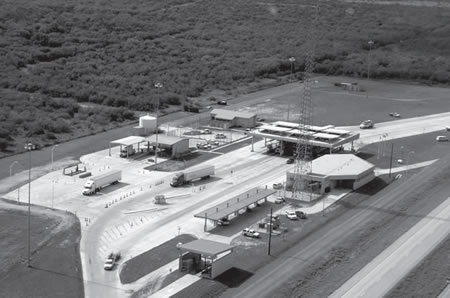 As previously reported here, on September 2, 2009 Congresswoman Giffords organized a community meeting in Green Valley, Arizona to discuss the recent findings of a GAO study regarding interior Border Patrol checkpoints.

Checkpoint USA was on hand to record the meeting to make it available to the general public. This is part 1 from the meeting and highlights a presentation on the study by Richard Stana with the Government Accountability Office (GAO):

After reviewing the 147 page report for myself and comparing it to Mr. Stana’s presentation, several discrepancies immediately popped out at me. First, Mr. Stana made it clear that one of the primary reasons why interior Border Patrol checkpoints are necessary is because agents at ports of entry only attempt to interdict 30% of illegal activity crossing through them. This 30% interdiction rate is by design. Otherwise Stana claims, commerce, trade and vehicle traffic would be adversely affected at the border.

Additionally, the GAO report attempts to undermine the actual numbers associated with illegal alien interdiction rates at interior checkpoints. By studying the bar graphs available in the report, it became apparent that even though ~10% of Tucson sector Border Patrol agents are diverted to interior checkpoint operations (300+ agents), the checkpoints only accounted for approximately 0.5% of all Tucson sector interdictions in 2008 (roughly 1,750 out of 320,000): 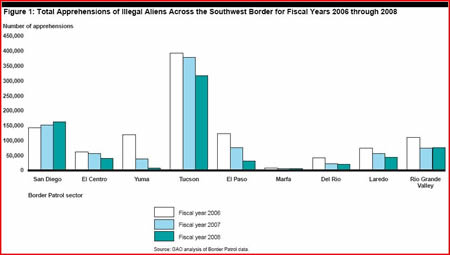 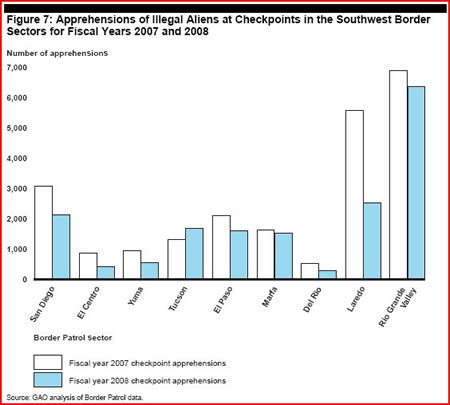 What this means is that the raw numbers show actual border operations and roving patrols are far more effective at interdicting illegal border traffic than internal checkpoints and by diverting agents away from the border, more illegal border crossers are successfully making it into the country than would otherwise.

Additionally, Mr. Stana misspoke regarding Border Patrol authority. He claimed the Border Patrol has more authority to interrogate, search and seize at interior checkpoints than the agency has at the actual border or its functional equivalent. This is false as various Supreme Court rulings have made amply clear.

“Our prior cases have limited significantly the reach of this congressional authorization, requiring probable cause for any vehicle search in the interior and reasonable suspicion for inquiry stops by roving patrols. Our holding today, approving routine stops for brief questioning is confined to permanent checkpoints. We understand, of course, that neither longstanding congressional authorization nor widely prevailing practice justifies a constitutional violation” – U.S. v Martinez-Fuerte

In summary, the GAO presentation was misleading from the beginning. It ignored fundamental facts regarding alien interdiction rates inside the country vs the actual border. It misrepresented Border Patrol legal authority at interior checkpoints in comparison to the actual border. And it brazenly claimed interior checkpoints are needed because ports of entry are designed to be purposefully ineffective so as to not overly burden border traffic and commerce.

I am appreciative of Mr. Stana’s honesty regarding ports of entry however. No longer can the Border Patrol claim interior checkpoints are necessary to protect us against illegal aliens, drug trafficking and terrorists when ports of entry are purposefully limited in their effectiveness to 30% for the convenience of the government.

Links to all parts of this special report appear below: