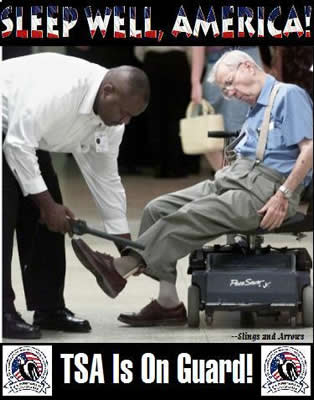 With the assistance of the ACLU, Steven Bierfeldt has brought suit against the TSA for an unlawful search and seizure stemming from an airport incident in April 2009. I initially blogged about this incident here and J.D Tuccile over at Disloyal Opposition has a more in-depth writeup about the lawsuit here.

In April, Bierfeldt, who works for Ron Paul’s Campaign For Liberty, was transporting several thousand dollars in cash raised at a political rally through the St. Louis, Missouri airport. The TSA seized the locked container the money was being transported in along with Bierfeldt and led him into a private room where they interrogated and threatened him.

Unknown to the TSA agents, Bierfeldt recorded the entire encounter and publicly released it shortly thereafter. The recording raises serious questions regarding TSA policies and practices. Policies and practices the lawsuit seeks to limit in order to provide some protection to travelers from overzealous airport security guards.