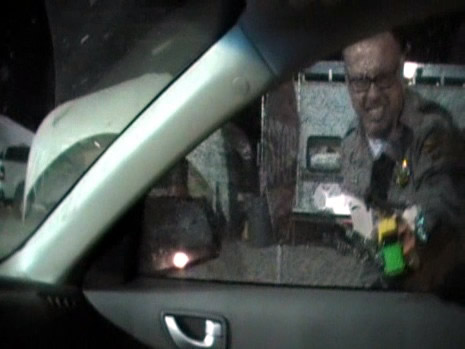 (The enforcer with the sadistic grin on his face while tasering a non-violent individual is Arizona DPS Officer J. Mitchell)

Steven Anderson, the individual recently brutalized at an internal suspicionless immigration checkpoint by Border Patrol agents and Arizona DPS officers, has just posted video of part of the incident. Initially, Anderson’s camera was seized by the DPS but it looks like his attorney has successfully negotiated its return along with some of the video footage from Border Patrol surveillance cameras.

(Correction: it appears that the DPS released a DVD with video footage to Anderson and his attorney but the cameras seized have not yet been returned)

The video picks up just moments before an Arizona DPS officer, with a sadistic grin on his face, breaks out the passenger side window at the same time a Border Patrol agent breaks out the driver’s side window. Right after breaking Anderson’s window, the DPS officer can be seen sticking his taser through the broken glass and pulling the trigger while continuing to grin wickedly:

After watching the video, it’s fairly obvious the Arizona Department of Public Safety (DPS) had little to no legitimate basis to intervene. If the Border Patrol’s K9 did indeed alert as the Border Patrol claim (and the DPS officer parroted without proof or first hand knowledge), the Border Patrol wouldn’t have needed the presence or assistance of DPS officers to take further action.

Rather, the Border Patrol clearly used the Arizona DPS to do the bulk of their dirty work for them while the State officers allowed themselves to be used by federal agents at a federal immigration checkpoint in which they were neither trained or certified to participate in or respond to.

Playing the video slowly, you can see the Arizona DPS officer on the passenger side with a sadistic grin on his face just before breaking the window:

The sadistic grin is still there after the window has been broken and the officer is in the process of tasering Anderson:

On the other side of the vehicle, Border Patrol surveillance footage along with Anderson’s camera, show what appears to be a Border Patrol agent with a baton preparing to break out the driver’s side window while an Arizona DPS officer directs the agent from behind. 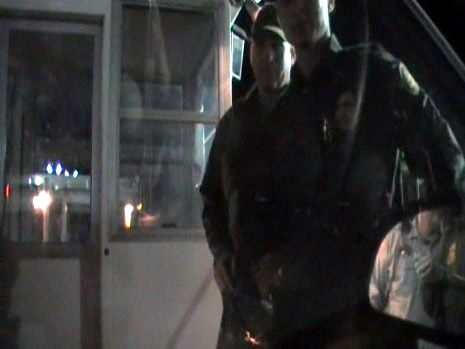 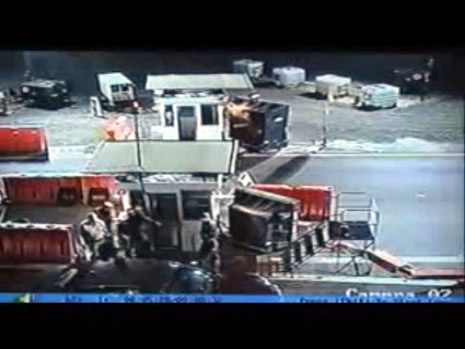 Yep, Arizona DPS officers allowed themselves to be commandeered by federal agents who knew they had no legitimate basis to search Anderson’s car or continue the detention.

If the K9 had indeed alerted, they wouldn’t have had a problem bringing it back out to show the DPS officers. There also wouldn’t have been a problem seeking a warrant from a judge. Of course, when an agent seeks a warrant, he must attest to probable cause under penalty of perjury which is why Border Patrol agents prefer to not seek warrants in such cases. This allows them to falsify a K9 alert with little risk to themselves. After all, it’s rather difficult to cross-examine a dog in a court of law.

Instead of protecting an Arizona citizen who was peacefully asserting his rights in the face of aggressive, over-reaching federal agents at a suspicionless federal checkpoint along a state highway, these so-called state ‘public safety’ officers chose to initiate potentially lethal violence instead.

At least it can’t be said Arizona DPS officers don’t know how to deliver ‘service’ with a smile:

If you would really like to bring a smile to those responsible for this outrage at the Arizona Department of Public Safety, please consider donating to Steven Anderson’s legal defense fund. It’s my understanding a civil rights lawsuit is also in the works.

8 thoughts on “Arizona DPS Delivers ‘Service’ With A Smile”