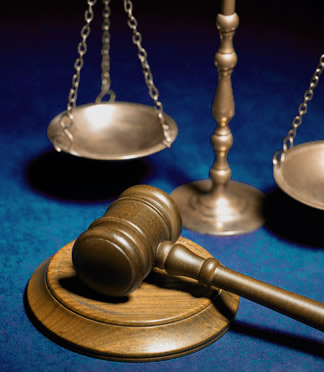 This is just a brief update regarding today’s events in Pima County Justice Court related to this incident. Checkpoint USA won without uttering a word.

Tribal police officer Robert Carrasco arrived in court and presented his case in about five minutes or so. Normally, the defendant is then allowed to respond to the allegations but before I was allowed to speak, the judge dismissed the single charge of impeding traffic against me stating that the statute didn’t apply.

This was one of several legal arguments I had prepared beforehand but wasn’t given the opportunity to present. Not that I’m complaining mind you. The quick dismissal just caught me off guard – especially since I had prepared ten exhibits consisting of sixty pages in triplicate in support of my legal arguments.

This is now the second time the tribal police have initiated enforcement and legal action against me over the past several years only to have the charges dismissed (three times if you count the fact the judge dismissed the same charges twice in 2003).

I’ll have a more in-depth writeup regarding today’s events later but wanted to post a quick update sooner.

Thanks to all those who have offered their support and well wishes!