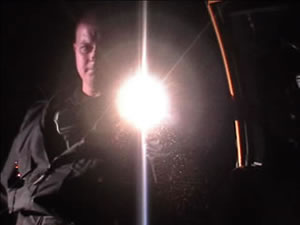 The Arizona Daily Star has reported that the Tucson Police Department will be conducting suspicionless checkpoints within the city limits later today (Friday – December 28, 2007).

The Tucson Police jumped on the checkpoint bandwagon in late October of this year after a 12 year hiatus. Similar to the Pima County Sheriff Dept., the TPD stopped conducting checkpoints well over a decade ago because they were far less effective at identifying and removing drunk drivers from the road than traditional patrolling.

While this fundamental fact hasn’t changed over the last 12 years (patrols are almost ten times more effective than checkpoints and use fewer man hours), what has changed is the incentive provided to the police. Specifically, the National Highway Traffic Safety Administration through the Governors Office of Highway Safety is all but throwing federal tax dollars at local police departments that agree to use the loot to develop suspicionless checkpoint programs within their jurisdiction.

After the TPD conducted their first checkpoint in late October, I followed up with an Open Records request for copies of the department’s checkpoint guidelines, operational plans, statistics, etc. I received the documentation earlier this week but haven’t had a chance to digitally process it yet.

Motorists can also choose to avoid a Tucson police roadblock by conducting a legal u-turn. The guidelines do however indicate that in cases of avoidance or non-cooperation, a patrol vehicle will most likely be dispatched to follow the vehicle for upwards of a mile in order to harass the motorist and look for reasons to pull him/her over.

Once I have the opportunity, I’ll post the TPD Checkpoint Guidelines. They are however similarly worded to PCSD guidelines already available online here and here.

For those in need of convincing regarding the ineffectiveness of suspicionless checkpoints, this blog entry highlighting two years of failed PCSD checkpoint operations should serve as a good reference.

A copy of the Arizona Daily Star article providing notice of tonight’s checkpoint appears below:

The Tucson Police Department will conduct a DUI checkpoint tonight in an effort to keep drunken drivers off the road through the holiday season.

There will also be saturation patrols until the end of the year, with traffic officers specifically targeting drunken drivers, said Lt. Mike Pryor, commander of TPD’s traffic section.

Tonight’s DUI checkpoint will be in a place where drunken drivers are caught regularly or where DUI-related collisions occur, Pryor said. “We’re looking for areas that (have a) high incidence of DUI events,” he said.

So far this year, Tucson police have arrested more than 3,000 drivers on suspicion of drunken driving, which is up from 2,685 arrested last year, according to a TPD news release. Nine people have died so far this year as a result of DUI-related crashes, compared with 10 last year, the release says.

This is only the second time in the last 10 years Tucson police have conducted a checkpoint, Pryor said. Instead, the department has focused on the wider-reaching saturation patrols, he said.

The department is trying to gauge the public’s reaction to the checkpoints, Pryor said, and so far it’s been positive.