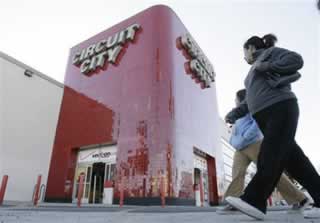 Mr. Righi rightfully called the local police to report the illegal detention and Officer Ernie Arroyo #49 of the Brooklyn Police Department responded. Instead of citing the store employees for illegally detaining Mr. Righi and his family however, the cop demanded that Mr. Righi produce his driver’s license for identification purposes even though he wasn’t driving.

When Mr. Righi refused to comply with the unlawful ID demand, Arroyo arrested him and hauled him back to the station where he was processed and officially charged.

Mr. Righi intends on fighting the charges and given the text of pertinent law, it should be a slam dunk win for him. An individual is only required to have a driver’s license on his/her person while driving a motor vehicle on a public street. Further, a police officer can only legally demand a driver’s license after pulling over a driver on a public street when the officer has reasonable suspicion to believe the driver has violated a traffic law. Since Mr. Righi was walking in a parking lot at the time the officer arrived, he wasn’t even required to have a driver’s license in his possession. let alone show on demand to an overbearing cop ignorant of pertinent law.

With regards to the interaction with local police, some folks have indicated a recent U.S. Supreme Court case has effectively authorized police to demand I.D. from individuals stopped on the street. The only case I can think of that comes close to any such authorization is Nevada v. Hiibel from a few years ago.

In this case, the Supreme Court upheld a Nevada law requiring an individual to provide their name to a police officer after being stopped in public based upon reasonable suspicion. The court made it clear however that police must have reasonable suspicion prior to the stop and the individual stopped only has to provide their name and not I.D. unless they voluntarily choose to provide it. For more information on this case, you can go to the website highlighting Hiibel’s case by the Identity Project.

In comparison, the responding officer did not have reasonable suspicion to believe Mr. Righi had committed a crime. Additionally, Mr. Righi provided the officer with his name in compliance with Ohio law anyway. As such, Arroyo had no reasonable basis for arresting Mr. Righi for failure to provide I.D. This means Arroyo made a false arrest which is a crime in every state of the union. As such, Arroyo should be held accountable for his illegal actions and punished accordingly.

Given these facts, I wish Mr. Righi the best in defending himself against the bogus charges and hope he will consider suing the police officer for false arrest.