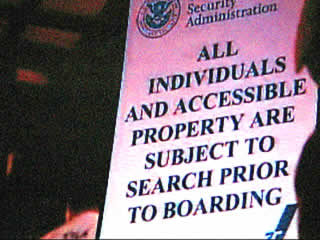 While TSA officials claimed the suspicionless searches and seizures were voluntary, the public was not forewarned of this fact and many suffered through federal gropings in order to finish their journey to their intended destination.

One Indianapolis news station provided a video of the VIPR operation on its website but removed it, along with a related news story, several days later. Fortunately, I was able to make a flash version of the video before it disappeared for good.

The Daily KOS published a commentary on the federal operation as well and several TSA News Releases regarding VIPR Squad activities from the past two years are available below:

These TSA VIPR Operations represent yet another example of the federal governments increasing disregard for the right to travel that every American enjoys.

Isn’t it time we put an end to faux security measures that demand we give up liberty for security but provide neither?